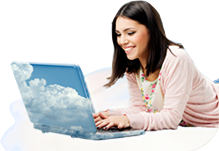 Also known as “MS Word”, “WinWord”, and (most commonly) just “Word”, Microsoft Word is the word processor included with the Microsoft Office software suite. It’s a flagship Microsoft product, found in schools and offices across the world, and has versions for both Mac and Windows PC. So ubiquitous is Word’s usage, even its active competitors are typically referred to as “Word alternatives”, and to claim computer literacy at any level is to imply at least a basic proficiency with Word.

So yes, Word is a word processor, but that’s not all it is, it’s capable of a lot more than just the features common to all software in this category. If you’re feeling left out, you’re on the right site to learn everything you could ever want to know about using this indispensable, versatile piece of software. Word 2010 Tutorials & Tests. Word 2016 Tutorials & Tests.

Ask most people this question, and you’ll probably get a response along the lines of “programs like Word”.

A word processor is technically any program used for the production, storage and printing of pages of writing. This is a tremendously broad description, and, in modern parlance, a word processor needs to at least include options for:

One way of thinking about it would be to say that a word processor is an application which combines all the functions necessary to create, store, view and print documents.

It can be easy to write Word off as simply being a word processor, as if the term word processor didn’t already describe a tremendously complex piece of software. In its capacity as a word processor, Word can be used to create anything as small as a business card to novels containing thousands of pages.

Aside from text, Word has (not so) basic table features, complete with functions, similar to spreadsheets such as Excel, making it perfectly suited to tasks like invoicing. Speaking of Excel, Word is able to import live spreadsheet data and represent said data as charts which update to always match the source, perfect for reporting. Combined with Word’s mail merge function, this ability to work with external data allows for things that need their own article to properly describe.

Furthermore, Word has extensive support for creating and representing graphics and diagrams, as well as allowing you to import these from its more specialised cousins in the broader Microsoft Office suite. These functions can be leveraged to produce anything from custom birthday cards to world class promotional material for your business.

Indeed, on top of all these built-in features, Word’s Developer tab allows you to write and embed your own code, allowing anything from basic automation to full-on application development. Honestly, at this “mad science” level of expertise, it is generally more appropriate to ask yourself whether you should use Word to do something than whether you can.

As you may have gathered by now, describing Word as “feature rich” is a lot like saying Bill Gates is “wealthy” – an almost criminally misleading understatement. An exhaustive list of features is unfortunately beyond the scope of any single article, however noteworthy additions which have made their way into the latest versions include:

Invaluable features, which have been staples of Word for several versions, include:

The history of Microsoft Word dates to 1981, when Microsoft head-hunted Charles Simonyi (the co-creator of the first electronic word processor to implement a graphical user interface) to start their applications group. The first version of what would come to be known as Word was released in 1983. The product was designed to capitalize on a newly invented peripheral, the computer mouse.

This decision resulted in slow initial adoption, as Word’s user interface was perceived as too radically different to market leaders of the time. However, the slowness of competitors to match this innovation eventually allowed Word to catapult to first place, and it has faced no serious threat to its dominance since. In fact, the Microsoft Office suite has grown to become the single largest source of revenue for Microsoft.

Throughout this time, Microsoft has released numerous versions of Word on various platforms. Full-featured versions are available for Windows and MacOS, scaled down versions can be installed on iOS and Android devices, and a simplified cloud-based version is available to use, free of charge, on any HTML 5.0 compatible browser.

You should already be convinced of the value of knowing at least a little Microsoft Word. Whatever your use case, whether you’re a teenager needing to type up assignments for school, a corporate high-flyer whose PA took a personal day, or an octogenarian writing their family newsletter for the grandchildren, Microsoft Word will boost your productivity.

And, no matter your current level of proficiency, there’s almost certainly some life-altering functionality you haven’t yet stumbled upon.

What MS Word Training is best for you? Quiz

What Version of MS Word are you using?

What is MS Word? ~ How to use MS Word