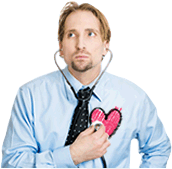 What is Java and What is it Used For?

Java has a similar name to Javascript but they are only distantly related, sharing C-like syntax.

Java is a type of object-oriented programming language developed by James Gosling of Sun Microsystems in 1991. Java programming is popular because it is a platform independent programming language. Programs in Java are converted into byte code that can be run on different kinds of Operating System like Windows, Linux and Mac OS as long as the machine has Java Interpreter.

Originally, it was called Oak because of the tree outside James Gosling’s window. But it was changed to Java because there was already an existing programming language called Oak.

It was first developed so as to have platform independent programs that can be embedded into different kinds of electronic devices such as refrigerators and oven toasters. Due to the emergence of World Wide Web (WWW) and the Internet, Java was then found to be useful for Internet Programming.

Now Java programs are used to create dynamic content on websites and it is embedded  in webpages. It is also used for developing different large-scale applications and even provides applications for different consumer devices like cellular phones and tablets.

Much of the syntax used in Java is from C and C++.